I've studied a lot about mind control over the years.  My interest piqued shortly after I left a rigorous and restrictive religion.  I wanted to better understand how I had willingly allowed myself to be controlled, all the while believing and protesting loudly that I was free.

These methods are deceptive and unethical, tricking the mind rather than persuading through honesty and reason. Knowing this, I now have a very unique perspective on American politics.  I can see these techniques used all the time, by politicians, media, and regular people.

This is not owing to a vast conspiracy. It doesn't take an evil mastermind to notice certain approaches work better to persuade. These methods have always worked and will always continue to work, and so they perpetuate through society.  Some who study memetics might even say they self-replicate.

Please do not use this as a How To!  I address this topic not with the intent that you try to take over the world. In instead wish to make you better able to defend yourself when your mind comes under assault.

Let's begin with the myths.  The entire subject of brainwashing is "loaded".  Loading a word is itself, fittingly, a mind control technique that limits thought by giving you preconceived and highly incorrect notions. I'll start "deprogramming" you by showing where your existing understanding of the topic is probably far from reality.

When I say these words, "Thought Control" or "Brainwashing", you no doubt envision a wild-haired hypnotist swinging a silver watch, while a stern doctor injects your arm with a strange serum.  In the background, hooded figures chant, and soon your eyes begin to glaze over.  All the while you are helpless to resist because you are strapped to a chair.

This is all complete fantasy.  The great secret is that while being brainwashed you feel in complete control of yourself.  A much more accurate term is "coercive persuasion", because you are persuaded to want the same thing the manipulator wants, to believe as he wants you to believe.

So let's dispel some myths, shall we?

Scientists used to think this, back in the 1950s, when American POWs returned from Korea singing the praises of their captors.  But coercive persuasion in our free society requires a little more skill.  No force is required.  All it takes is listening to someone who is talking.  It also requires that you trust them, at least a little bit.  If they do their job right, you will go willingly.

It does not involve hypnotic disks.

Hypnosis is a broad word that means any varying state of consciousness other than the one you're probably experiencing now.  Various levels of hypnosis, trance, and meditation are sometimes used by cult groups, but this is never, ever a requirement.

No drugs, truth serums, elixirs, or magical incantations are used in brainwashing.

Other than a few 60's cults that were using drugs anyway, I've never come across any thought reform involving chemicals.  Nor does it have anything to do with Satan.  No demonic possession, summoning of evil spirits, or worshiping pagan gods is required.

Most actually appear quite normal.  In fact, I would venture to say everyone ends up brainwashed to one degree or another, at some point in their lives. Our brains seem wired to accept manipulation and deception. It seems logical that humankind would have better survived those very dangerous first 100,000 years of pre-history by following a leader without question. Thought control merely capitalizes on those build-in survival skills we are all born with.

There is absolutely no way to know that you've been brainwashed.

That's exactly the point. If you knew you were being controlled, you wouldn't like it very much, and you wouldn't stand for it.  The manipulated fully believe they are making their own choices, that they are completely free to act in any way they choose.

A good deal of brainwashing involves setting up trigger thoughts, little tricks and traps that help you deflect any incoming facts, beliefs, thoughts, or feelings that would make you suddenly stop believing the lies you've been duped into.  Part of this series is going to be identifying those traps, so you can avoid them in the first place.

(I could say "...and so you can escape if you're already brainwashed."  But you see, if I were to accuse you of being controlled, you would immediately become defensive and protest, thinking, "There is no possible way!" That is exactly what I'm talking about.)

There is no "one size fits all" method of mind control.

To paraphrase Abraham Lincoln, you can control some of the people all of the time, or all the people some of the time, but you can't control all the people all the time.  Manipulators throw out a line with some bait to see what bites.  Sometimes it's you, but usually you will laugh at their crazy ideas.  Everyone is ripe for being manipulated at some point in their lives.  Someone has something to say that will appeal specifically to you. You will always be able to see how other people are being brainwashed, but you won't necessarily notice when it's happening to you, because you will like it.

There are a lot of mind control tricks, but not all are required.

There isn't a checklist that says, "Must meet all 50 requirements to be considered mind control".  To control, you only need to do what works.

Brainwashing is not total. 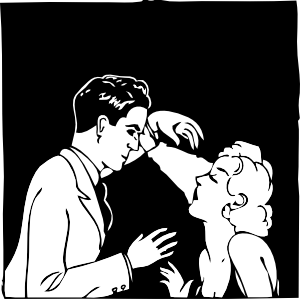 Brainwashers are not creepy, bizarre, crazy, mean-spirited men who ooze evil and darkness from every pore.

Images of cackling, sneering, British-accept-wielding villains were created for the drama of movie fiction, not to reflect reality.

If you're going to be good at manipulation, you've got to be likable. To persuade, you must be charismatic. To convince, you must be, well... convincing. I listened to old recordings of Jim Jones recorded just before the infamous Jonestown kool-aid mass-suicides and he sounded sincere, kind, loving, and wise.

Furthermore, controlling groups or ideologies work best when believers are taught to use brainwashing techniques themselves.  That's right. In almost every case, the controlled end up controlling.

No one is immune from mind control.

Not even me, not even after all I've learned about it. I can build up defenses, but even then I will be susceptible to it at some point.

Now you know what mind control is not, which gives you an advantage over most people.  In the next post I will, in the most basic of terms, describe what it is. Later on, I will delve into the details each technique so you can learn to recognize these methods in the wild.
By Luna Corbden     on 8/28/2009 09:25:00 PM